Breitling, the renowned aviation watch manufacturer, sponsored and assisted in a range of pioneering balloon record attempts during the late 90s with the mission to circumnavigate the globe. Andy Elson was involved with several of these attempts breaking duration records along the way, before it was finally achieved in 1999 on the Breitling Orbiter 3 piloted by Betrand Piccard and Brian Jones.

These special watches were presented to Andy Elson for the Breitling Orbiter 1 & 2 globe attempts and in 2002 for the QinetiQ1 altitude record attempt for a manned balloon flight which was later abandoned following an irreparable tear of the balloon.

Breitling produced and presented these watches with the unique logo dials to each of the pilots and close engineers and technical associates. 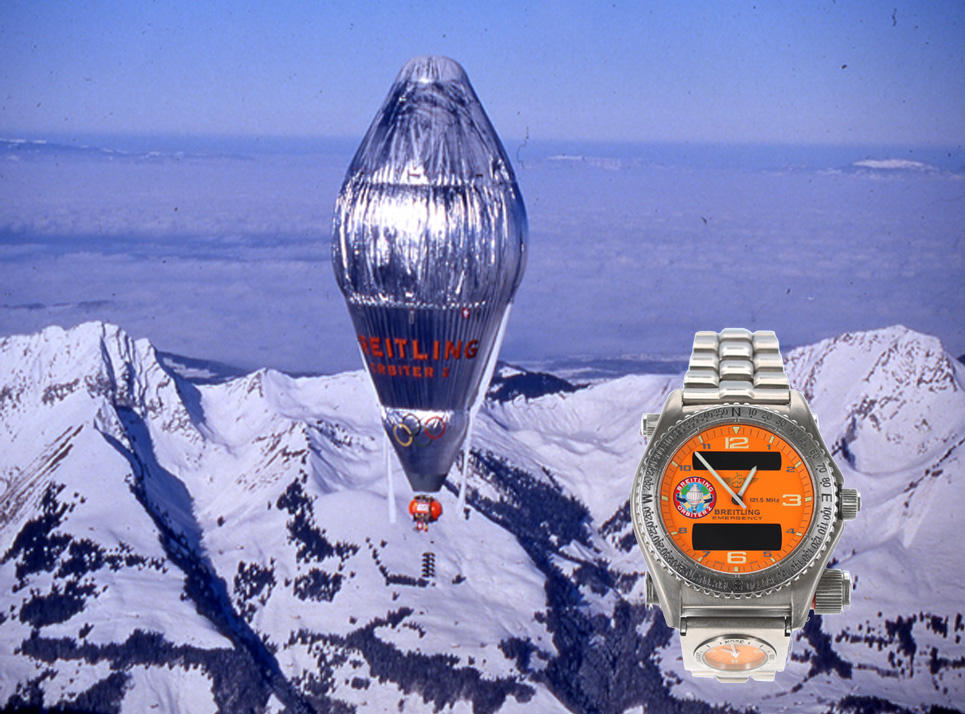 Elson teamed up for a second global attempt with Colin Prescot, as his co-pilot, and Cable & Wireless as sponsors.

The flight splashed down in the Pacific, 70 miles from the coast of Japan, which lasted 18 days and again set a new world duration record,

doubling the previous record. No watch was presented for this attempt so Andy wore his trusted Breitling Emergency Orbiter 2 wristwatch 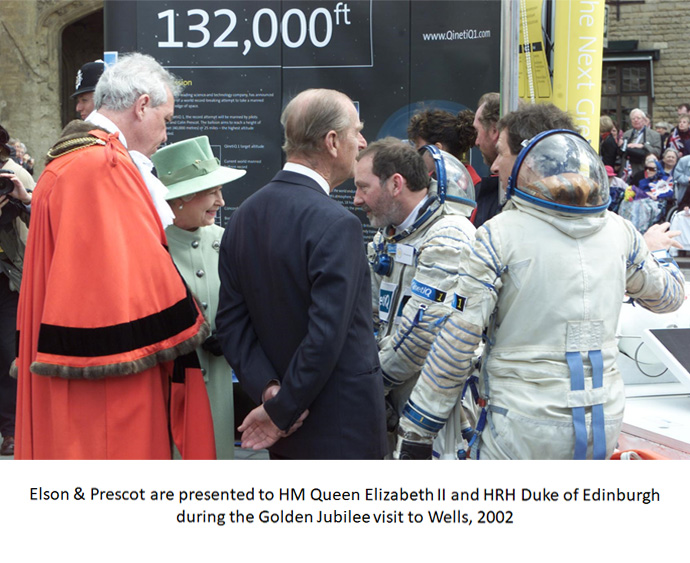