The Summer Guitar Auction offered a staggering 890 lots over the two days realising over £350,000.

On Wednesday 12th June over 500 guitars went under the hammer; followed on the Thursday with a fine selection of memorabilia, guitar related effects including amplification and audio equipment.

With such an impressive display the preview days were one of the busiest known, with hundreds of buyers checking in. The varied range on offer always attracts collectors, professionals, bedroom strummers and beginners alike and it was great to see so many new and familiar faces.

Bidding was strong with a full saleroom attendance and over 800 bidders poised and ready from the comfort of theirs homes taking part on the live internet bidding platforms. Some exceptional results were achieved with an impressive 93% of lots sold and off to new homes. A percentage selling rate that is almost unheard of at auction in recent times.

The highlight of the Guitars was a 1964 Fender Stratocaster (lot 449) selling for £15,500. “Vintage & Classic” guitars were again in strong demand with competitive International bidding on most instruments exceeding pre-sale expectations. A fine Manuel Reyes Flamenco guitar from 1974 (lot 568) selling well above estimate at £5,456.

Day two highlight was another busy day and focused on an eclectic mix of Memorabilia, including autographed guitars, artist associated instruments, letters and much more. The Beatles memorabilia highlighted the markets strength, with the star of the show being a letter, penned by George Harrison himself on 23rd August 1963 (lot 690), realising £14,260. Following memorabilia, guitar related highlights were up, including over 100 amps, over 50 pedals, a strong selection of spares and accessories and good offering of audio. The highlight was an early 1960s Marshall JTM 50 PA amplifier head and speakers going to a UK collector for £2,976 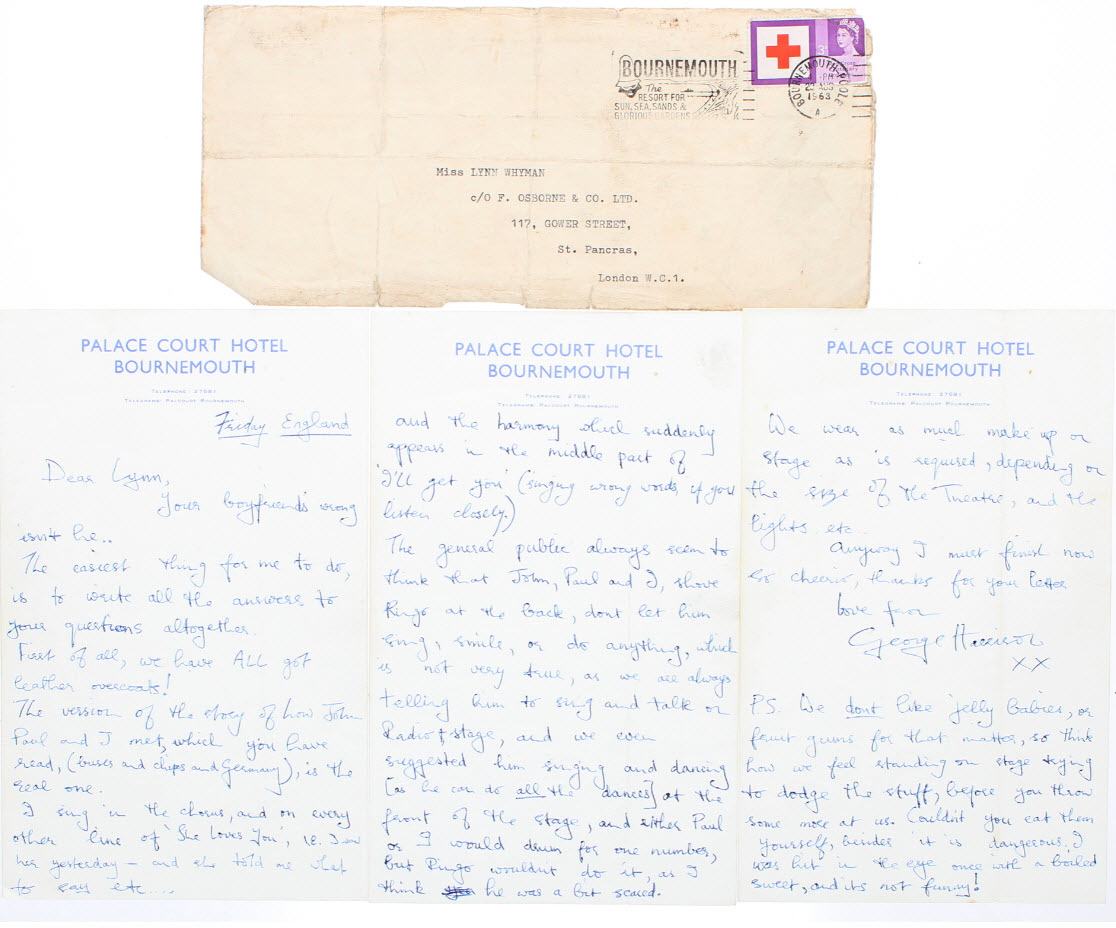 As the dust settles, we are already full steam ahead preparing for the next auction, taking place on 11th & 12th September 2019. With over 100 guitars consigned and a rather special acoustic that was once owned by none other than David Bowie, we are sure to have another bumper offering. Deadline for entries will be Friday 9th August. If you would like to consign, our in-house specialist Luke Hobbs (luke.hobbs@gardinerhoulgate.co.uk) will be delighted to assist.